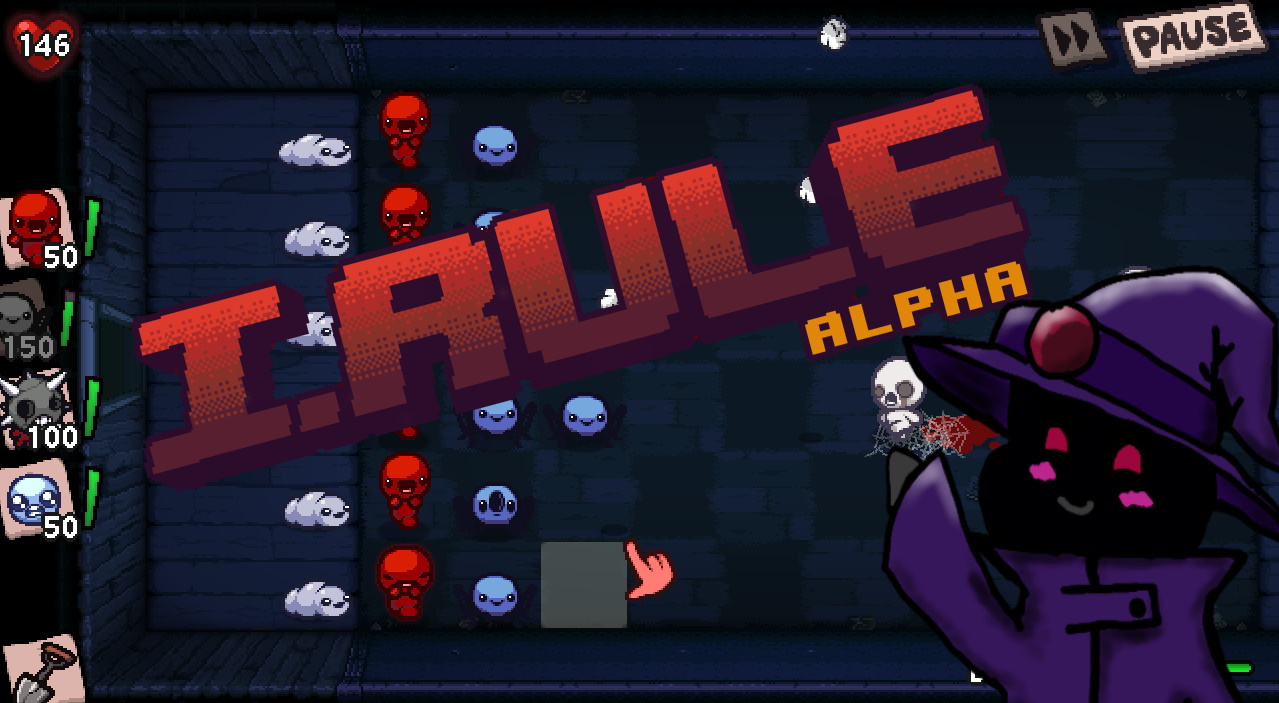 When I was younger, I played A LOT of Plants vs Zombies. I loved the idea and premise, the execution was amazing, and eventually… the sequel flopped but I still have very fond memories of the first game. Eventually, I got into Isaac and with Repentance, my passion for that game got reignited as well. Today, though, we’re taking a look at I.RULE by Doctor Hummer – which is practically the lovechild of the two. It’s a fangame that very much does what Plants vs Zombies did well… but it adds a roguelike twist to it and borrows Isaac’s art style and items.

When you start a run, you only have four plants available to you. Lil C.H.A.D.s generate hearts (the currency needed to place units) while B. Bobbies shoot enemies. Bob’s Brain works like a potato mine while Cube of Meat blocks off enemies. The goal is to fight off waves of enemies that want to get to the left screen. Your last resort are maggots that work in the same way as the lawnmowers in Plants vs Zombie with the only difference being that they aren’t regenerated between levels.

As you complete “floors” and mow down enemies, you earn coins that can be used to purchase items and you add more units to your repertoire. These have unknown effects until you first encounter them. Even if you have more than four units, though, you can still only take four with you. This is honestly pretty fair given that the game would get pretty easy otherwise. It also adds another strategic layer to the game as some enemies are immune to damage from the top while others may just fly over your allies, meaning that you need to find ways to deal with them.

During my first run, I actually managed to beat the game and ended up on my first victory lap. Runs can end relatively quickly as well though. At times you may think that you’re unbeatable but as we all know hybris fucks you up before you know it. The game puts different modifiers onto the map from time to time with teleporters that change the way you play or controllable minecarts blocking your “planting” spots but giving you a movable unit in the game. On top of that, you will encounter bosses that can be incredibly difficult to deal with.

While this current version is only an Alpha, I found it incredibly fleshed out with tons of layers to it as well as unlocks and challenges! It’s pretty polished with only small bugs happening here and there – and while it may not be as punishing and difficult as Isaac, it certainly is as much fun! If you want to check it out for yourself, you can download it on itch.io!