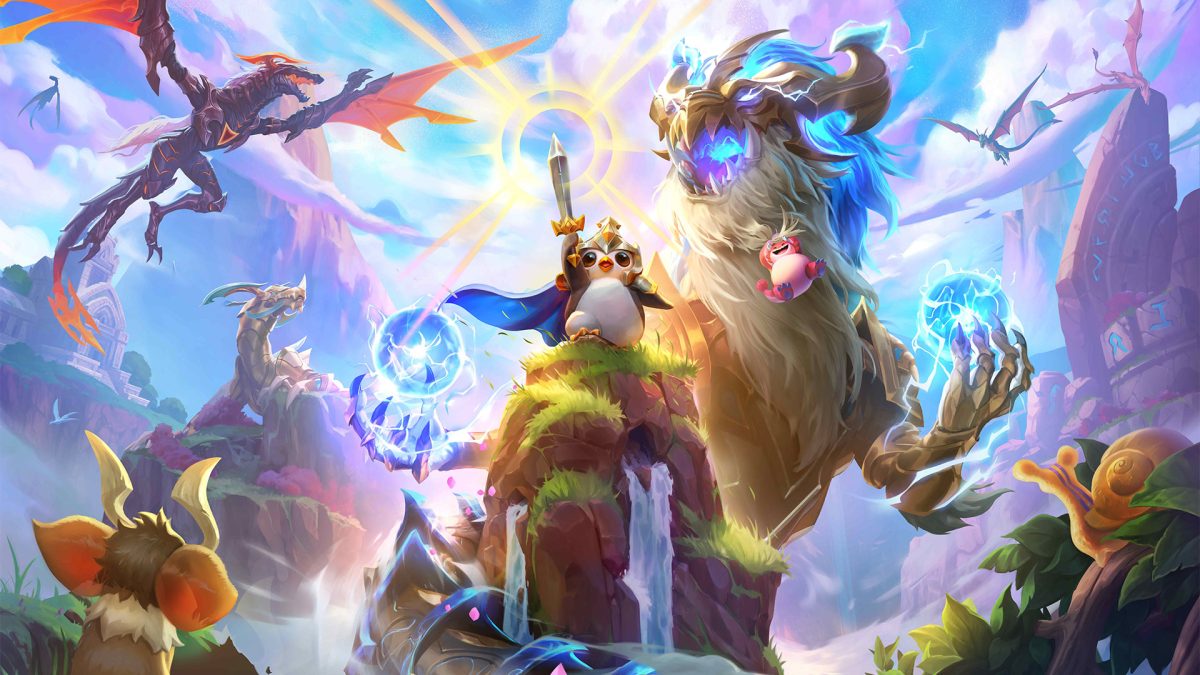 TFT is something that I can play on and off without any issues. No matter if I play on PC or on my phone, it generally is a lot of fun because of the amount of strategy that goes into it – and it’s been even more fun since the last set, Gizmos and Gadgets, that introduced an almost roguelike-like mechanic in the form of augments.

That mechanic of “Augments” returns to Set 8, DragonLands, and adds even more opportunities to build powerful compositions. The idea is that you have a core of sorts that is enhanced by up to three augments that grant your team all kinds of bonuses from more resistances to traits counting as if you had one more to economic bonuses like being able to level up faster or getting free refreshes to combat bonuses like gaining mana after casting an ability. It’s incredibly cool… but that’s not all. Dragonlands is a new set with dozens of new (and returning) champions, traits, and seven powerful dragons!

Dragons only activate their effects when they’re the only dragon on your team. They give a +3 to their origin trait but they require two team slots instead of one. On top of that, they’re expensive but powerful. Dragons do not only count as two units on the field but they also cost twice as much as other units in their tier – still, they’re incredibly strong and will be one of the key pieces of most comps, I reckon, although you’ll always need to wage whether or not two other units could possibly be stronger than one of these late-game monsters.

I haven’t played much of this set quite yet but I’ve really enjoyed the two rounds I got to play already (at the time of me writing this). In one of them, I was running a Trainer/Cannoneer composition and it didn’t quite go as well as I would have hoped for, mostly because I didn’t have a solid frontline or a real carry in the backline. The other round scored me the third place with a Mirage/Warrior/Guardian comp. I was running Yasuo, Yone, Leona, Braum, Bard, and the dragon Daeja and later added a Xayah to the mix as Assassin fodder. I stacked three lockets on Leona and gave Yone Rageblade and the Sharpshooter trait as well as Mortal Reminder, granting him a lot of attack speed and a +2 to his range. Meanwhile, I gave Bard the Mirage trait, allowing for an 8-Mirage comp thanks to Mirage Heart. The Mirage trait this game (as it switches out every game, just like “Mutant” in Set 7) was 100% crit chance against low health targets and increase critical strike damage, which was quite nice overall. I think depending on the Mirage trait, I may play this a lot more, although Yasuo as a second warrior felt a bit underwhelming, in my opinion, although this game may not have been the right game for him.

Bard, however, is incredibly fun! For each ally alive, you collect “doots” and whenever Bard dances (aka when he wins or when he hits at least one enemy with his spell), you generate another “doot”. Every “doot” increases the odds for higher tier units by 1% which in itself is a very fun idea.

Right from the get-go, I’m not quite sure yet which traits are my favourites and which I’ll probably play the most of but there are a few that are somewhat interesting:

Overall, this set brings two big mechanics to the table and adds a whole slew of interesting traits with probably more to come. I’m looking forward to exploring some fun comps and seeing what sort of trait ends up becoming my favourite. More than anything, though, it’s incredibly cool to see these dragons in the game with their own powerful tools and mechanics. While models get reused for these, obviously, I find them incredibly interesting as a concept as they have new names and lore to them that is just so interesting as a returning player. Definitely excited about all of these changes and I can’t wait to play more of it soon! What do you think?