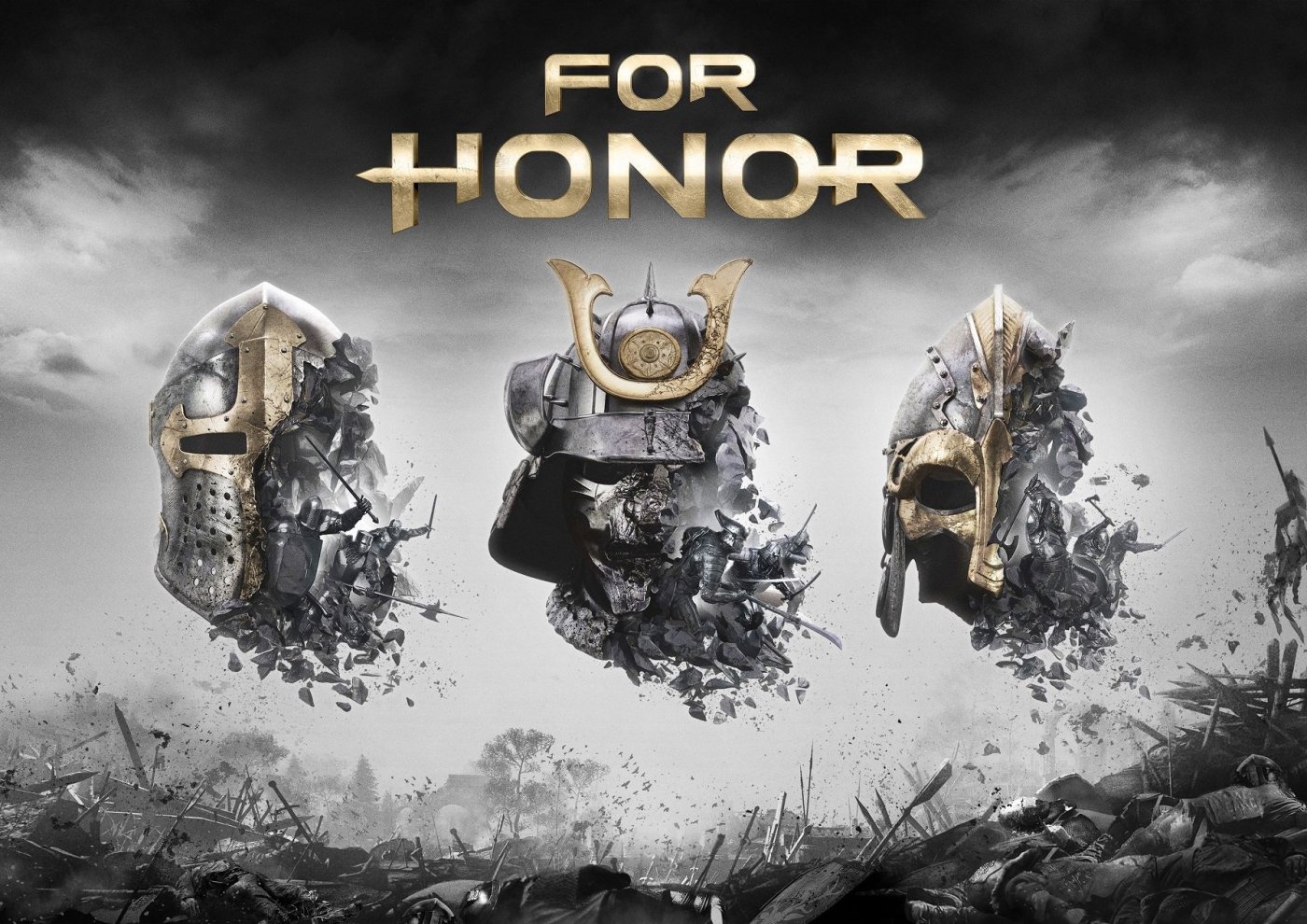 I’m not sure when but at some point in time, I actually got a free copy of For Honor on my account. I think Steam was just giving it away in 2018 or something… and then again in 2019… and again last year… So, I basically grabbed it for free a few years ago and then I just never played it and didn’t even bother looking at it. For whatever reason, I just figured that “freebies are nice” and that “For Honor is probably just another shooter”, so I basically didn’t really care about it… That was until Chris, a lovely streamer from the Stream Team that I’m a part of, streamed it and actually explained to me what it was about… so… now, I’m actually kind of enjoying it a lot. Alas, welcome to another post on a game that everyone but me has tried already. I’m sorry but it seems that I am Late to the Party.

Notice: This is not a review. These are my first impressions… sometimes also my second impressions. I tend to rant about games in ways that I wouldn’t rant about games I’m reviewing… I tend to praise games in ways that I wouldn’t praise them usually… Similarly, I compare games or cover non-Indie titles that I usually wouldn’t cover… Hence, these are no review posts. Just FYI. Move on.

For Honor plays in an alternative timeline where Samurai, Knights and Vikings fight against each other… constantly… for territory and *For Honor*, I guess? There is a story of sorts but nobody really cares about that, as far as I know. It’s funny to see that not even Steam’s store page tells me anything about the story. You basically play as one of the three factions, deploy units on battlefields and play in a bunch of different modes from Dominion to Breach to Skirmish. But even if you belong to the Samurai faction (like I do!), you can still play Knights and Vikings and whatnot. It’s quite cool. Winning battles rewards you with different bonuses like experience for your battle pass, for your character and steel (which is the in-game currency that you need to purchase new heroes). Your character/hero can be customised once you buy them and you can level them up to unlock different skill variants to customise your playstyle. It’s an interesting concept, for sure, especially as you get to influence the battlefield with your victories and as you get to deploy units that you get from playing a lot in order to conquer a territory.

The season goes on for ages and within the season there are a lot of different campaigns and challenges and bounties to fulfil. I like this Real-Time-Battle-system a lot and really dig the whole idea behind it. As you complete matches, you end up conquering lands or battling it out with other factions and when your faction wins at the end of the season, you leave your mark in the world, as well.

Combat itself also has a rather high skill-ceiling. Enemies can strike to your left, right and top, so you’ll have to block accordingly and use feints or repeated attacks to trick your enemies into blocking the wrong way. Similarly, you can dodge attacks and cause the enemy’s stamina to deplete. There are also throws and a bunch of combos, specific to each hero, resulting in a rather in-depth melee-focused combat-system. But more important than the micro is obviously the macro in most games. You can be a mechanical god but it won’t help you unless you’re doing a 1v1-Deathmatch against other enemies. Most players seem to play Dominion, which is why you’ll need to keep an eye on the different points that you need to control as well as where the enemies are heading to, where your allies are, and all of that. Having a 4v4 mode like that is quite fun. There are also other modes like Capture the Flag and whatnot… but the activity in those modes is super low and I don’t have unlimited time to waste waiting on a match over there. If it’s not going to find a match in five minutes, I feel like I’m being cheated out of my time… y’know? Also, there has to be a reason that nobody plays those modes.

Now, while combat can be quite fun… I noticed that some heroes aren’t that fun to play against. For starters, I love playing Nobushi who’s an agile Samurai wielding a Naginata (which is basically a long spear… with a sword on top of it… and that btw really exists). Naginatas are annoying IRL… In For Honor, Nubushi also uses poison attacks, so, you just spam those attacks and win by default unless people know how to counter it… which… often doesn’t work because of latency. It’s annoying, to say the least. Similarly, despite being called “For Honor”, nobody honours the duel between two warriors and because of that, the most effective strategy seems to be that you group up as four people and steamroll over the enemies, especially in spots where you can easily gang up on them from behind without any issues. It’s annoying. It’s frustrating. There isn’t really a whole lot to do against it unless Ubisoft does something against it… it feels kind of as if Ubisoft is encouraging it, though, since there is no penalty for fighting together as four against one… and there is no penalty for killing the same people over and over again at their spawn…

And while the different bounties and game modes are quite interesting, I kind of feel like I’m burning out already from it. It’s a multiplayer game, so maybe it will be more fun once I get some friends to play it with me (on that note… add me if you wanna play?) but as it is right now, I just get frustrated because of AFKs in my team and people grouping up as four together against one single person… and that kind of stuff is just depressing. Unless of course, I get to play Nobushi because… then I can at least spam poison attack at the enemies to counter-frustrate them. :)

But personally speaking, I’d rather have a game where I can enjoy myself and where the enemies also have fun… than a game where every round is either a stomp by your team or a stomp by the enemy team. Sadly, that’s the case here. It’s either win or lose. It’s usually decided at the beginning of the game. It’s never really close or anything like that and you hardly ever see a comeback, which is something I’d really like in this sort of game. Instead of actual comeback mechanics, For Honor introduces “Breaking” which is something that prevents you from respawning when you’re getting stomped in games. It’s basically a mechanic that makes frustrating games more frustrating…

Oh well,… I’ll play it for a while and drop it again. At least I get to play as a Samurai here… that’s quite rad, y’know? Another game off the list.