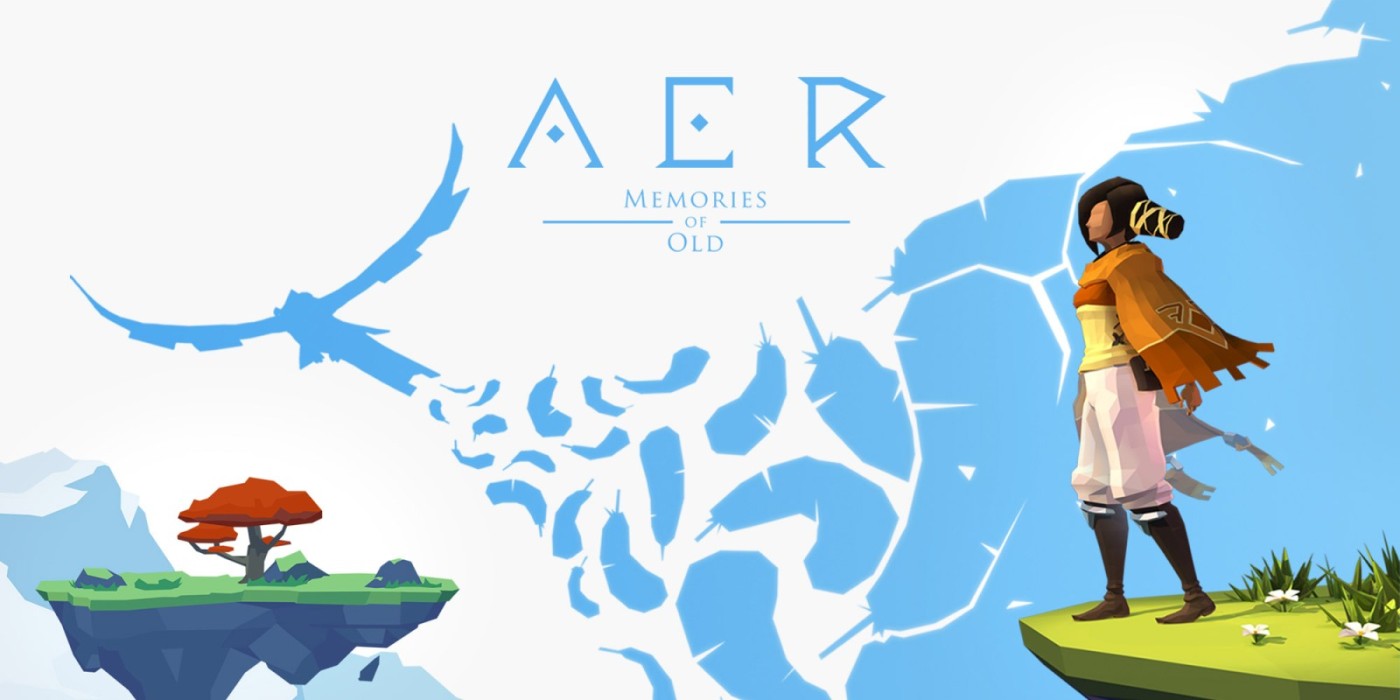 Ancient gods roaming the land, spirits dying, and memories of ancient civilisations being lost. Today I wanted to talk about AER: Memories of Old, hopefully giving you insights as to why games don’t necessarily need many features or great puzzles to entertain you.

Step into the role of Auk, a young bird shifter on her pilgrimage, who was granted the power of Karah’s light, a lantern that allows you to see what has been forgotten. The world consists of floating islands but it wasn’t always like this… Hence, it’s your job to not only find out why this happened and to stop the world from crumbling again but also, and more importantly, to prevent the looming Void to emerge from the darkness and save the world!

The world of AER is placed in the sky and plays like a mix of Wind Waker and Skyward Sword. In essence, you’re a bird shifter which is why you can travel the low poly world by flying around and travelling from floating island to floating island. The game’s plot is unravelled slowly and rather loosely which is why you’ve got to piece it all together but I wouldn’t worry about that at all. In essence, you need to find three keys for three temples and in each of the temples, you’ll find a fragment that needs to be pieced together to beat the Void. It’s the standard Zelda-like trope. The temples themselves are filled with puzzles and different mechanics. You’ll have to flick levers, press buttons, hop around and you’ll find a lot of lore.

The biggest part of AER is probably exploring this beautiful world. The low poly art style lets you focus more on the bigger picture instead of the small details. The few characters you meet are stylised and look pretty but the world as a whole is stunning, featuring snowy peaks and beautiful islands filled with knowledge. Sure, the world itself may not be the liveliest but it certainly is among the prettiest of game worlds that I got to explore in recent years. The Swedish studio behind AER worked for two years on the flight engine of AER and it shows. Exploration wouldn’t be possible without flight and flying in AER feels and works great. Controls can be inverted but generally speaking you’ll fly using the S/W keys and you’ll hit space to flap your wings from time to time, granting you more height and speed. If you fly into gale winds, you’ll get boosted some more and overall, it takes a short time to get used to and is rather easily mastered, which makes it so enjoyable. Flying through the skies in AER is very relaxing and I loved it personally what bothered me though is that you don’t encounter many dangers along your way. Sure, this is supposed to be a non-violent experience but I feel like storms, fog and other dangers in the sky could have made the game a lot more exciting.

Similarly, the world may be filled with statues, ruins, lore pieces and animals but it doesn’t feature many more humans apart from the ones you meet in the first settlement. There are a few points of interest in the world as well as caves that can be explored featuring even more lore and some platforming. And yes, I mention lore a lot… Lore is… important in this game. You can miss stuff and still understand what has transpired in the world quite easily which is amazing but when you did pick up on stuff you missed, it fills in the gaps quite well and it feels good to get to it. The writing of the stories is great and really fits the setting. The names are interesting but I found them a tad hard to remember. I would have liked a notebook of sorts that writes down important info… but in the end, it wasn’t needed either.

Now, while the art and the music as well as the writing is lovely, I have a bone to pick with the world’s emptiness. Yes, it may not be that bad but still, having puzzles on the islands or some side quests would have been great. I thought the world had a lot of people in it… but actually, it’s all just memories past the settlement, which is a bummer. I mean, delivery quests, search quests, and other things could have been very nice. I would have loved to see other bird shifters and being able to race them or whatever… but in the end, exploration is all you do and some puzzles and the puzzles may take a bit of time but they’re not super hard and it’s easy to pick up on everything… More challenge would have been great in this regard.

Meanwhile, the ending is… quite abrupt and open? I mean, it’s been four hours total playtime and I reached it already. Sure, it was an interesting twist plot-wise but I hate the point of no return and the fact that the story doesn’t really get resolved. It’s open and you’ll have to fill it in yourself. If a short and open experience isn’t your thing, then this may not be either…

But I loved the exploration and the world and I liked the feel of the flying and the lore pieces I got to read through. It’s been fun! A lot of fun! In my opinion, AER: Memories of Old is a great game to pick up and I highly recommend it! Currently, it’s 90% off on Steam but chances are that you may already own it on Epic Games if you grabbed it.

One thought on “Indietail – AER: Memories of Old”