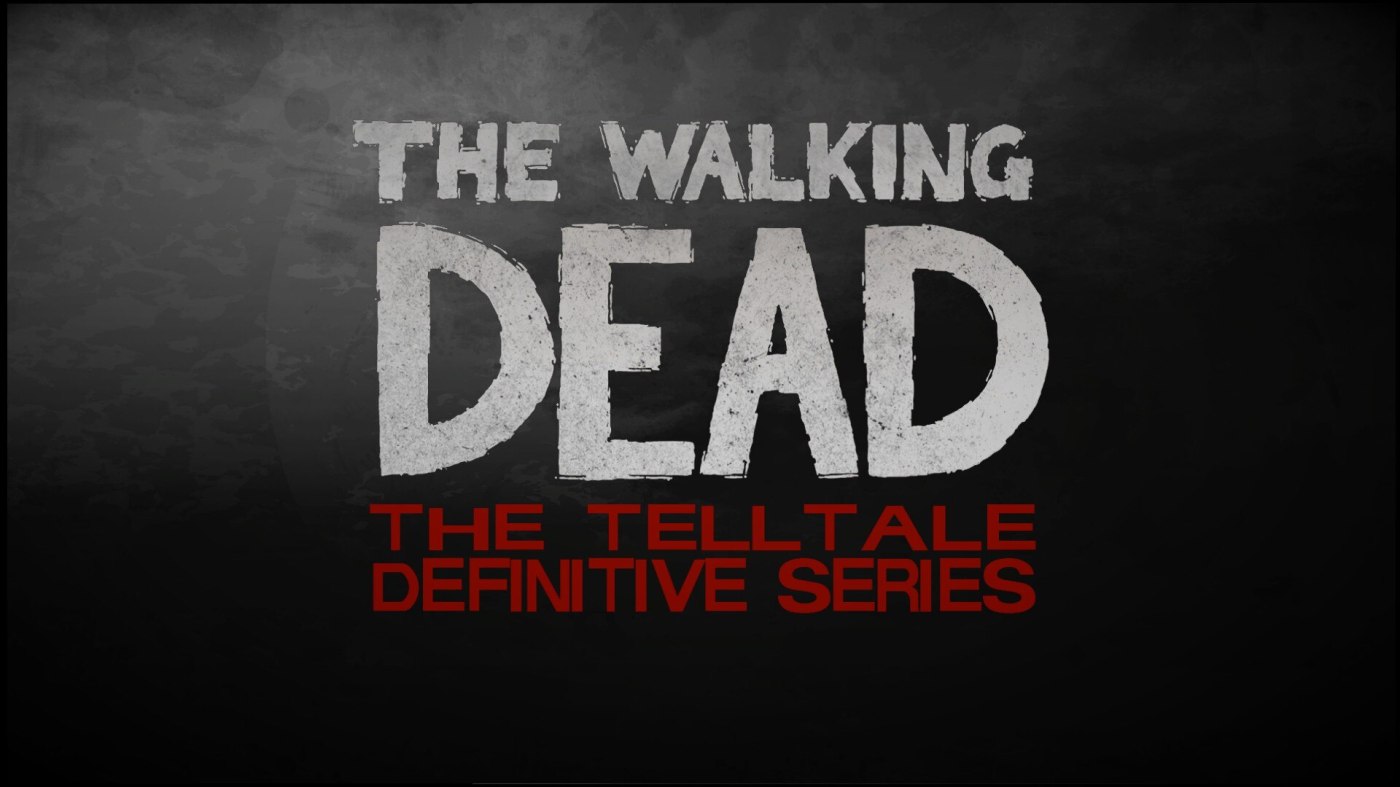 The Walking Dead is a franchise of comics, shows, and other stuff that I haven’t really gotten into. Today, I wanted to talk about the Telltale Game, The Walking Dead Season 1, and share my impressions of it after finally through it. God damnit, Kenny. Yes, the game is quite old by now but I somehow managed to stay spoiler-free and while the original port to PC had some weird frame rate issues that I couldn’t explain, the “Telltale Definitive Series” fixed those and was actually playable, so that’s a dub! Hence, here are my thoughts on Season 1 without many spoilers.

The Walking Dead follows along a cast of characters in the middle of a zombie apocalypse. In Atlanta, the main character, Lee, is on his way to prison when the cop that’s transporting him runs over some person that randomly stops in the middle of the highway. While trying to dodge the undead character, they crash into a forest, the cop dies and Lee has to escape as there is a horde of monsters slowly crawling towards him and the wreck. While escaping from this place, Lee comes across a house where he finds a little girl called Clementine whose parents are on vacation in Savannah and whose babysitter turned into a Zombie or “Walker” as they’re called here. Hence, Lee wants to protect Clem and get out of this city, making their way to Savannah.

The series adapts to your choices as the game tells you often enough. As far as I know, you don’t need to have watched the TV series or read the comics to understand what is going on, especially as there are a lot of original characters in the game. Being a Telltale game, the game itself is a bit of an interactive show, if you may think of it like that, that is divided into multiple seasons that each feature multiple episodes. Each episode features many, many choices that may sound trivial to you but they influence how characters interact with or view you. It’s honestly quite amazing, if you think about it, as it potentially offers a lot of replayability but in the end, I found myself a bit let down by the concept as a character that we always supported seemingly seemed confused at the end there. Yes, he has been through a lot but I think the main issue here is the concept of weighted choices that are worth more than other choices. Us always supporting him and us always being honest with him ended up getting us paid back with scorn and contempt as we let him down on one occasion in Season 1 Episode 2 that apparently was more important than other choices we made. So, while it’s true that your choices influence the game, some choices are a lot more important than others, which is a bit of a bummer. Understandably, you can’t make characters think about it rationally: “Hey, I always had your back except for this one time… Why are you being an asshole?” is what I wanted to say to him but it sadly wasn’t an option. Instead, I tried to justify him. Hey, he lost a lot of loved ones. Hey, it’s fine, he’s drunk… Hey, I don’t know, maybe he’s just lonely and confused. It’s the Zombie Apocalypse after all.

The main gameplay consists of a lot of cinematics and cut scenes. A lot of the time, you’ll feel as if you’re watching an animated series instead of actually playing a game. From time to time, though, you’ll need to find characters and talk to them, solve point-n-click style puzzles to distract other figures, or you’ll need to move around and do other stuff. It’s not like there’s a quest system or anything, it’s more of a “Hey, we gotta get this train going” situation where you need to figure out what to interact with to get said train going if that makes sense. At the same time, there are plenty of times where you’ll have to mash buttons or aim at enemies to fight through difficult situations. These quick-time events are relatively annoying in my experience as keyboard controls are superior to the gamepad controls. You’ll find yourself mashing the Q button followed by a quick E prompt at the end which can create some tense moments from time to time. In the end, you’re still playing a game but the majority of it feels like you’re not actually doing too much. I guess this is part of the “interactive fiction” formula: You can make choices in the game and it influences the story. The actual gameplay is quite minimal for most of the time.

But this exact story is incredibly intense and it gets to you. You may not find yourself getting too attached to some characters but when you do, you’ll regret it. People die. You’ll lose friends and your favourites. It’s rough. It’s a Zombie apocalypse after all and the Walkers aren’t always your biggest enemy… I’m not saying that it’s wrong to get attached to some of these characters but there often are times where I wished that I wouldn’t have gotten to know some of them so much. There is always hope though – hope that your favourite character has plot armour or hope that your favourite character can be saved… but sometimes, it’s futile and it just feels like this one long season of deaths followed by deaths. There are times where you’re having a chill, cosy time in the middle of nowhere getting a bit of a break but then the shit hits the fan, and you’re left with agony and pain – and I love it. The writing is great and there are a lot of lovable characters in The Walking Dead Season 1. The final ending even got to me so much that I cried a little which is honestly a good sign.

The overall experience was ruined a little bit for the reason that I’m not 100% sure which choices actually are relevant and which choices made this one character hate us all of a sudden. The concept of weighted choices kind of ruins the experience once you’re aware of it (oops) but at the same time, the time I had with this game was amazing. I love the parent-daughter bond that Lee and Clementine had throughout it and I really like what they did here with the figures in the story. As weird as that may sound, Clementine being a child is a bit of a ray of hope for every character in the story and by the end of it, you may want to protect her and make her happy even though she’s effectively just some character in a video game. This is further enhanced by the times where peaceful moments are accompanied by a great score while intense moments leave you questioning if she’s safe and what you can do to protect her.

All in all, I’m looking forward to playing through Season 2 once I get to it and I hope that it has fewer weighted choices. I can’t wait to find out how the plot continues after Season 1 Episode 5’s ending. If you haven’t played The Walking Dead Season 1 yet, make sure to check it out on Steam. The Definite Series seems to run a lot better, includes all seasons and on top of that, there is dev commentary available which is incredibly cool!