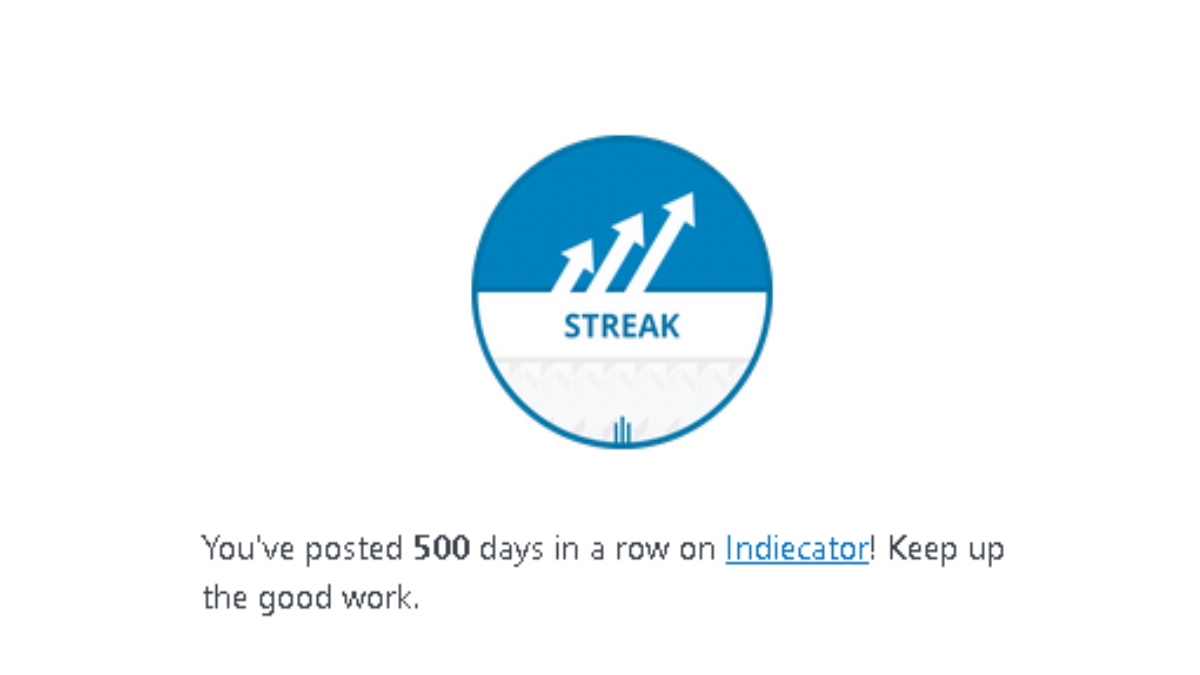 For “a while” now, I’ve been blogging daily. It’s been fun. At times a bit stressful. Overall enjoyable though. There are a lot of descriptors I could use here but let’s just say that it’s something I like doing even if I sometimes should think about my priorities. When I was recovering from my surgery, I still kept up the blog posts. Same when I recovered from Covid. Either way, here we are… 500 Days in a row.

Honestly, it’s more challenging now than I initially thought. I sometimes just don’t have the energy to stay awake and prepare another post for the next day and then the next day is busy as well, meaning that some posts end up getting out really, really late… but I still try to make it work and that extra effort is worth it. I’m enjoying myself here. Others seem to enjoy reading my posts, too. Every few months, there’s a new “pillar post” and it’s kind of fun to see one review suddenly get a surge of views for whatever reason.

In the last 500 days, I published a total of 101 reviews, which is… a lot. I didn’t count the one drink review I did and the two guest posts (by Naithin and Quietschisto) obviously but if you were to count those, it’d be 103 reviews. Who cares anyway? Apart from that, I don’t really have any stats to point towards, I think, as I’m not exactly sure what stats would be of interest now or how I’d check out those stats. The day I started the streak has been December 27th, 2020… so if we don’t count those last few days of December and just count the months of January 2021 up until now, then I can say that I got more than 33k views ever since I started the streak which makes sense as more posts mean that there are more views. If we were to look at stats, we would be able to see that the site has been getting more views overall. Sadly, however, those are just WordPress stats, meaning that they’re not incredibly accurate and as I can’t seem to get Google Analytics to work, I can’t seem to access the cool and more accurate numbers… which is a bummer because I like statistics and cool numbers and stuff.

Either way, today’s just a bit of a breather post before I publish more reviews and other posts again. I’ve originally planned on publishing a different post on here today but I guess that one’s coming out tomorrow or the day after that. Honestly, it’s a bit of a struggle to get that one out as I’m still trying to edit it and as that post is still needing some feedback from other people on tone and stuff… the review that I planned to get out is almost done but I’m not quite satisfied with it. Either way, those two posts may get delayed further and I’ll just write about something else entirely.

Anyway, thanks a lot for reading my articles, reviews, comments, posts, etc. on Indiecator. I appreciate you. It’s not really about the views or anything but it feels good to see that the site is growing as that means that I must be doing something right after all. Right? Indiecator has changed a lot over these past (nearly) three years but my initial motivation for blogging still remains the same: I want to write about Indie Games and other matters that I enjoy talking about – and I want to recommend the good shit to people looking for it. I hope that I was able to recommend some good games to some of y’all. Thanks again for coming along this journey. I believe that it’s fine to bring it back for this post… hence…