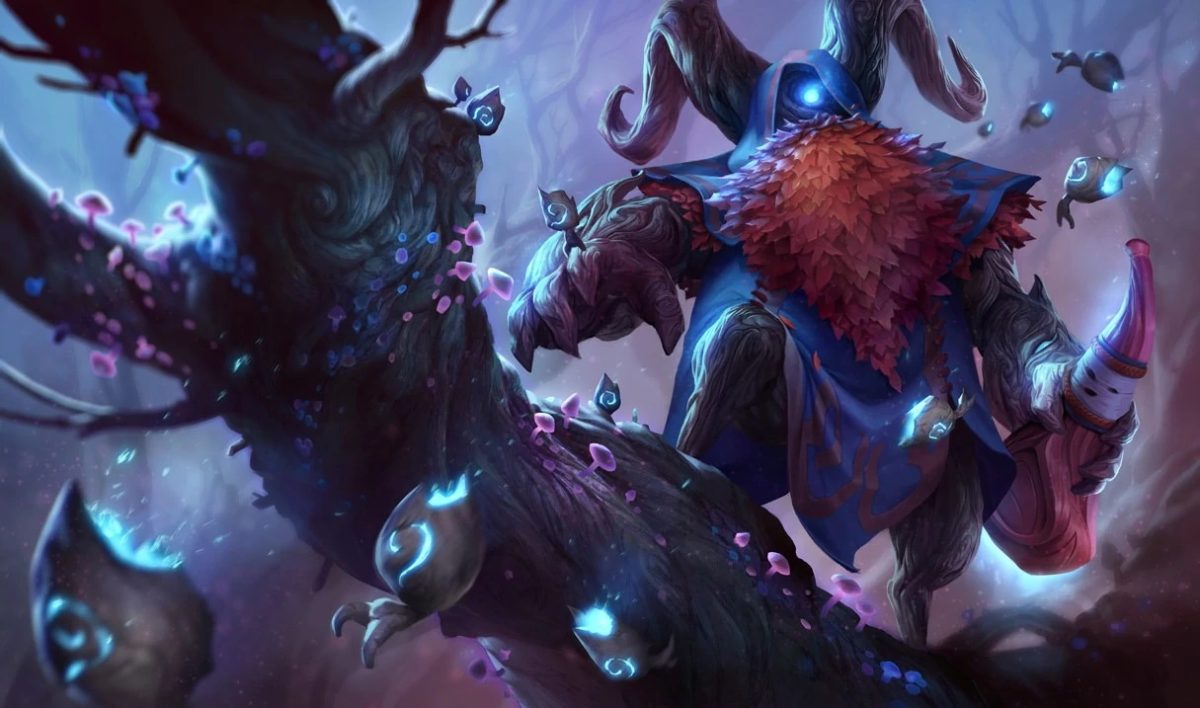 The title just kind of says it all but today I wanted to vent a little about the state of the game and frustration. Mainly, I’ll talk about specific playstyles being pushed and champions being designed in a bad manner. I’ll also talk about people being toxic but that’s not new – it’s League of Legends after all. Then I’ll come to some sort of conclusion, I guess.

At the current state of the game, League of Legends is in a bit of a burst meta where assassins, mages, and frankly any champion in the game has the potential to snowball really quickly and get specific power spikes really fast. The item rework went wrong in my opinion, giving late-game champions their “late-game” at that time when they built their first item. At the same time, snowball-y early-game champions kind of lost their purpose or strength because they get outscaled even if they get ahead. And well, you have all these assassins and fighters like Akali, Viego and Irelia that just feel not fun to play against. Akali is an assassin but she can one-shot you even if she misses every single ability. Akali can one-shot squishy champions in late-game even without any items as she deals 2000+ base damage with her full rotation. She can go full-tank and be unkillable and still burst you down like it’s nothing. Similarly, Irelia went from a late-game champion (pre-rework) to an early-game champion (post-rework), essentially winning you the lane just by picking Irelia. And well, you don’t have to be good at Viego to pull him off. He has so many free stats (just like Irelia) in his passive alone and then also has that stun, dash, executes, and everything that allows him to completely wipe a team even when behind, which is ridiculous, especially as his passive makes him invulnerable when he possesses a champion, which is stupid and shouldn’t be in the game. Just that part alone getting removed would make him fairer to play against.

But that’s just individual champion designs. Right now, it feels just so unrewarding to play Support because of how much damage there is in the game. That luckily is supposed to change with the champion durability update but with the durability changes, a lot of new issues arise. A lot of champions have true damage in their kit that scales with max health. What do we do about those? Can I play Brand again now or will he be perma-ban? A lot of late-game champions will be the clear winner of this change as they don’t have to fear the early game quite as much – think Kayle, Vayne, Jinx, and Kog’Maw, for instance. Overall, ADC is quite strong but since the penetration items are getting nerfed as well, I’d imagine that this will become another tank meta again, which at the same time is worrying. Fights will last longer. Certain champions will be unkillable. People will avoid boring fights and instead just split-push, I guess, because it’s easier to just right-click than to actually have to battle literal giant meat shields, like Malphite, Sion, Ornn, and Galio.

But hey, maybe that update will fix the game now. Who knows? It doesn’t fix the toxicity problem that arises especially when the skill bracket is too wide. I’ve played two normal games yesterday and I regret doing so because any other game I could have played would have been more fun. I could have played Heartstone again and gotten my ass whooped multiple times in a row… and it would have been more fun than those two games of League. Why so? Well, I’m missing the feeling of a community. You can’t enjoy League really in its current state unless you play with friends but the game’s player base is just so toxic and their mental is just so weak that every single thing you could do makes them go “poof”. And they’re gone now. They’re gonna actively try to hurt you in the most pitiful ways possible. They’ll attack you and insult you in a very petty manner – but more than anything it’s just weak and laughable. A lot of times, they’ll come up with playground insults that just don’t make any sense and it’s just cringy at best.

Those two normal games were played when I had no classes. It took me two minutes to get into a game which is a lot of time. The longer the queue times take, the wider the skill bracket gets. Suddenly, I had iron players in my team as a Silver 1 player while the enemy team was mostly consisting of gold and platinum ranked players, which felt unfair. Obviously, we got stomped because they just played better. My ADC didn’t know how to kite while facing a Lucian. Meanwhile, the enemy team had two pairs of duos while we had none, meaning that there was an even bigger disadvantage at play there, making the game impossible the moment our team entered champ select. But then people’s mental explodes when they do badly and then they end up trying to ruin your game and it’s just irritating at best.

Either way, those are just some experiences. I don’t care about the insults and typically, I’ll just mute people in ranked games. That’s when I play League of Legends at all… which is… not a lot. Lately, it’s just not been that much fun because of the toxicity and the state of the game and while I do enjoy some ARAM from time to time, I don’t enjoy anything else at the moment. It just feels punishing to start up this game lately and it’s a shame as I made a lot of friends through this game in the past and as I genuinely enjoy a lot of its aspects. It’s just that playing it doesn’t work for me at the moment but I enjoy watching streamers like Huzzy, Bizzle or Vicksy play it. But then when I see what they can do in their games, I end up starting up a game myself and it sucks and I hate it. I regret it.

Anyway, today I just wanted to vent/rant a little. I doubt that I’ll truly quit but for the time being, I’ll severely limit how much time I spend in the game though, especially as Hardspace: Shipbreaker’s 1.0 was just released. Looking forward to playing some of that!

Btw, on yet another note. I’m looking forward to the comments saying “It was fun at some point?” :D

One thought on “League is just not fun anymore”