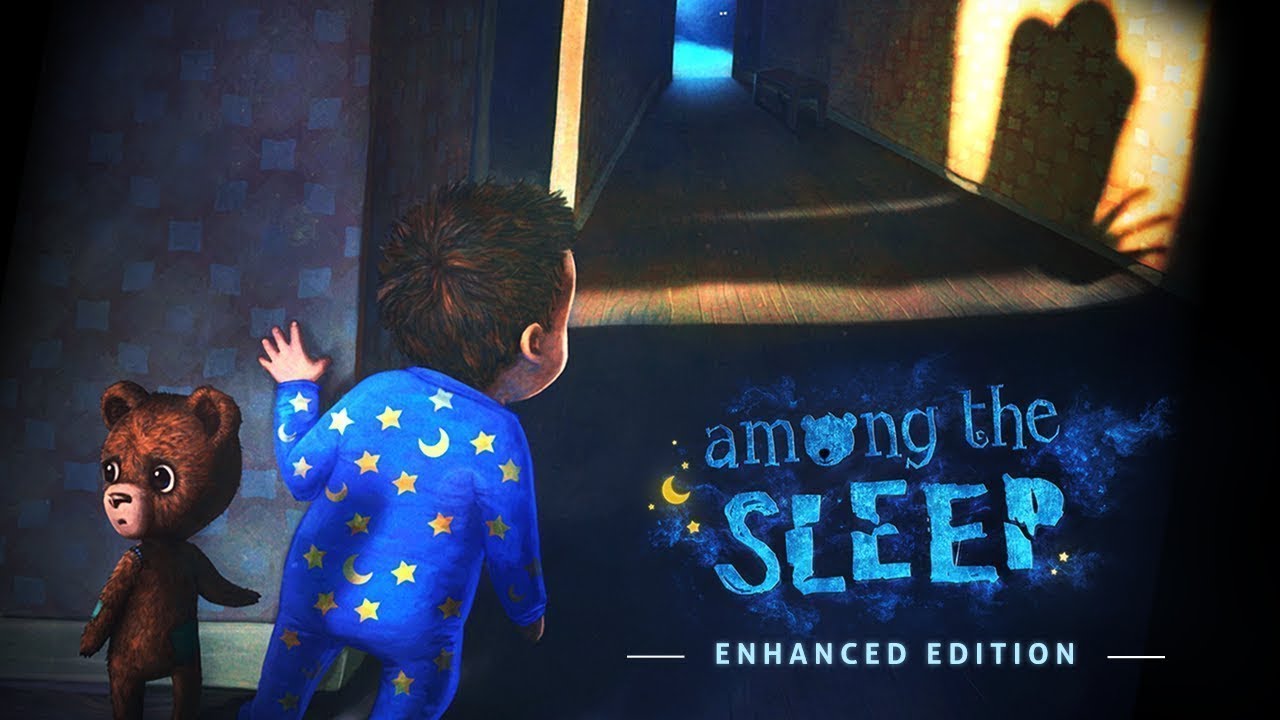 It’s October! The nights are getting longer, the world is getting colder, and it’s time to dim the lights and enjoy some spooky games. As a huge scaredy-cat, I still can’t help myself and indulge in the dark and terrifying games that are getting ready to scare me, lurking in my backlog. Therefore, I bring to you a review on Among The Sleep by the developers behind The Plan. Step into the baby shoes of a two-year-old infant, and explore an eery and gloomy nightmare-ish world, in search of your mother! Accompanied by your Teddy, you experience a distorted and grim world as well as a psychological horror that seems believable from a child’s perspective.

At first, I figured that Among The Sleep is about a night terror or a nightmare of sorts but as I interacted with the world, I realised that this is about so much more. This game manages to capture the fright and horrors I faced when I woke up at night and saw simple objects like coats move around in the dark. It’s terrifying and anxiety-inducing but Among The Sleep doesn’t leave it at that: Being a child isn’t just about childish horrors but also about being helpless and tiny. The world seems huge in comparison to you, even more so when you get down on your hands and feet to travel faster. Your teddy bear is your friend and brings you hope in the darkness, symbolised by the light it emits when you hug it. Moreover, the plot is not purely psychological but also features some darker topics that are rooted in the young protagonist’s real life. Behaviours by their peer manifest themself in these nocturnal terrors and the subplot of the game is actually incredibly interesting! Sadly, though, the ending felt a bit too soon. The game is relatively short with about five hours of gameplay and personally, I just would have liked to see a bit more clues in regards to the story throughout the playthrough instead of it all getting revealed near the final hour mark. Somehow, I felt as if the impact of the conclusion would have been heavier if the developers had prepared the player for it a bit earlier or if the game had been a tad longer… But some design choices aside, the game is incredibly interesting and the story was quite enjoyable.

I loved the way that perspective and size mattered so much in this game. You’re a child, so you can’t obviously reach every single place in the world. You’ll need to push stools, open drawers, and navigate your own little universe in a way fit for an infant. Above it all, your perspective makes the horrors creepier and the world more terrifying. The nightmare-ish atmosphere, especially in the “outside” levels gets a lot more creepy when you take into account that you’re a little child. However, even though the concept and the execution are quite great, the developers could have done a lot more here. Among The Sleep had potential, but the mechanics it used felt a bit too basic. I would have liked to see more innovation here: What changes when you’re a child? Is there a way to add more satisfying gameplay to your title because you’re a child? In the end, though, it is a relatively linear horror adventure where you collect four mementoes from your mother to get to her and save her… It is a relatively simple game and maybe it’s because of this simplicity that the atmosphere and the story were able to shine so much?

The soundtrack and art style added a lot to the experience, which should be a given for any horror game, although I’d have to say that I would have prefered more silent moments in the game. Similarly, Among The Sleep is ideal for someone like me that isn’t exactly accustomed to a lot of Horror Games. The scares had their impact and I got spooked more than enough. I’d imagine, though, that seasoned horror fans wouldn’t get scared all that much in here. Among The Sleep is more of a psychological horror game that is less reliant on jump scares and more on atmosphere and connotations. You’re a vulnerable toddler in a nightmare-ish world with shadowy figures chasing you. That’s quite creepy on its own, right? On top of that, you can’t outrun these foes and have to play by the rules of the level that you’re in. From creepy forests full of childrens’ relics to a maze-like level indoors, the atmosphere is always sinister and filled with dread and it wears on you. Particularly because of the disturbing nature of your environment, I found the scares that Among The Sleep offered effective and indeed scary.

All in all, I found Among The Sleep to be a great experience albeit on the shorter end of things. It took me nearly five hours to get through it although friends of mine spent only two to three hours in this game. Similarly, the story ended somewhat abruptly. I mean, it got “concluded” in a way and I could figure a lot of it out on my own, I guess, but it also felt a bit open-ended, especially with the alternate ending also being accessible and… I don’t know. The message that was sent didn’t feel good and I don’t necessarily approve of it – that being said though, the atmosphere was amazing and I think that this is a great game to play if you’re in the mood for some psychological indie horror… but you don’t necessarily want to head into another one of those Jump Scare heavy games.

2 thoughts on “Indietail – Among The Sleep”