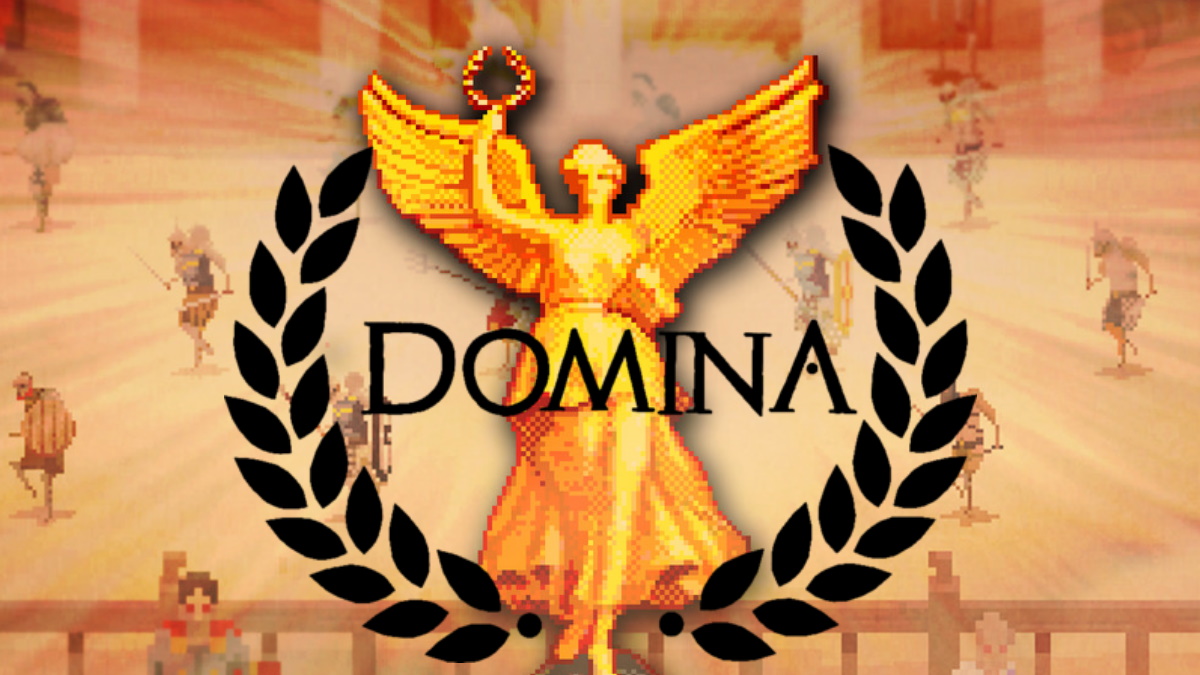 Not too long ago, Dolphin Barn, the developer of the Gladiator-Management-Game “Domina” got review-bombed after publishing anti-mask, anti-LGBTQIA+, as well as other questionable things in his game’s patch notes. On the game’s Twitter account, he’d post a lot of very horrible things, including tweets that equate trans youth to paedophiles.

Honestly, I don’t know what to say here. The game was alright. It had its issues and controversial elements but I found it enjoyable… but then something changed and the Domina dev suddenly started to add misogynistic statements, anti-LGBTQIA+ paroles, anti-mask bullshit and other very questionable things to his patch notes.

At the time, he’d also have a meltdown on Twitter about something that apparently happened on a date or something where he’d rant a lot about it, blaming others instead of himself. The tweets in question seem to be deleted at this point in time – which is ironic given that he accuses others of not standing by what they say.

Anyway, in his paid game, Domina, he eventually removed content that was previously in the game and added it as a paid DLC, which is something that a lot of people were upset about. Hence, he received some flack for that. Dolphin Barn would then flag these reviews as “fraudulent”.

When he started adding hate speech into his patch notes and actively promoting very dodgy stuff, more and more people became aware of the situation.

Splattercat, a YouTube content creator that I’m a big fan of, tweeted out in March that he’s deleting his (at the time recent) videos of Domina given that he doesn’t want to support someone like this. He also goes on to explain that while he believes in separating art from the artist, “at a certain point, things that are said become a personal attack implying where [his] loved ones ‘should be’ and [he] cannot abide that” – which is a valid statement.

In my experience, you can love any form of media, any creation, and universe – and you can still criticize the person behind it. Those two states don’t exclude each other. At the same time, however, there are certain practices that I don’t condone. Hate Speech, for instance, is a no-go for me.

Similarly, I don’t want to support games where developers were made aware of problematic topics and where they try to sweep it under the rug, as is currently the case with Dinkum. When you put your own success over your own morals and the feelings you have hurt… No. Just no.

“Future disregard for our rules and guidelines could jeopardize our business relationship”, it says in the statement.

While Dolphin Barn keeps trying to flag negative reviews as “fraudulent”, especially when they criticize the developer for posting his anti-LGBTQIA+ screeds, other users on Steam appear to use the chance to attack trans people in the reviews in positive reviews. It’s the most bizarre thing in the world. Those positive reviews that hurl insults at people and that have nothing to do with the game are apparently not “fraudulent”.

Dolphin Barn clearly is trying to create an echo chamber on the platform he created – one where everyone who’s against him is labelled as a “snowflake” or even “child predator” while affirmative messages towards him are accepted and welcome. It’s ironic given how often he calls the negative reviews on his Steam Page a “circlejerk”. Luckily, however, Steam doesn’t seem to like that. Steam is more than lax in its moderation compared to other platforms.

Dolphin Barn was already banned from Epic Games/Bandcamp and can’t publish his game over there – which is quite interesting given that they practically accept any game, even NFT stuff. Some of his tweets were taken down by Twitter after numerous reports came in.

It’s only a matter of time before he’s removed completely from Steam and Twitter – which is why it’s important to report hate speech, bigotry and other vile messages posted on these platforms to keep your fellow community members safe. Don’t harass these people. Report them and hope for the best.

5 thoughts on “Dolphin Barn Controversy – Domina Dev is banned from posting to his own Steam Forum!”