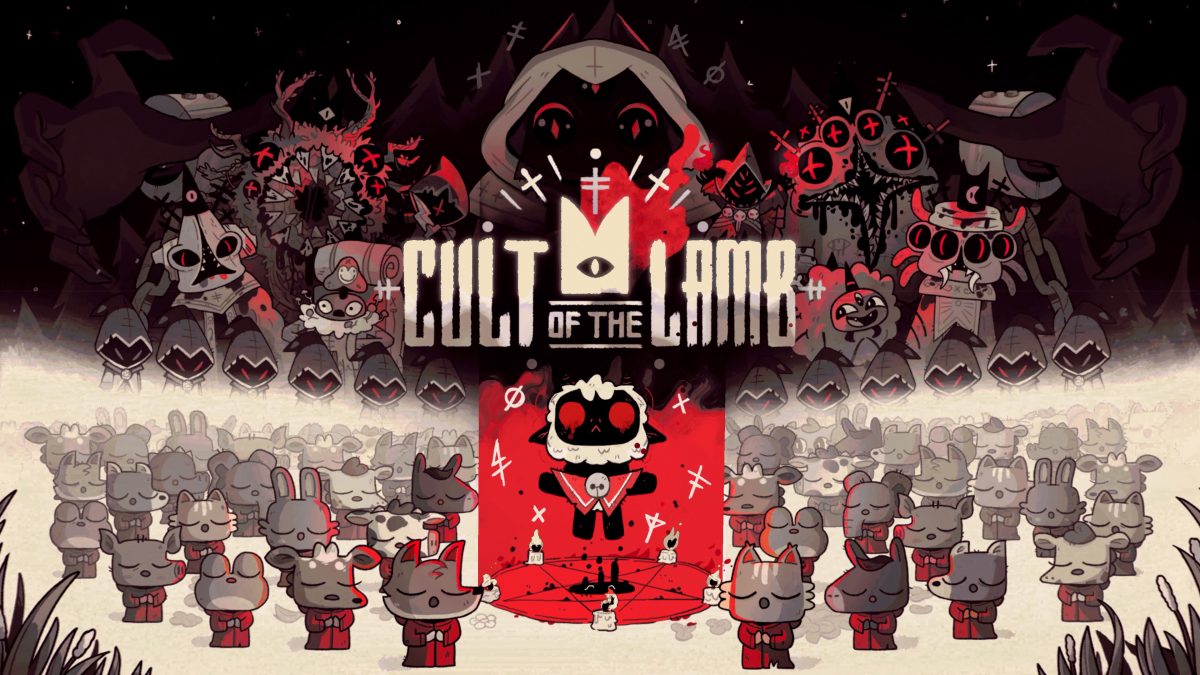 Indie Games are often the place where developers try out ideas, mechanics and concepts that may not work for greater studios. As they’re not created to be marketed for the greater audiences, Indie Games are often the place “where the magic happens” – a place for true innovation and creativity. There were a ton of great releases last year and while some games were delayed, sadly, I’m looking forward to them coming out in this year in a more polished version. Today, I’ll talk about my most anticipated games coming out in 2022. These are not ranked in any particular order or anything but I tried to make sure to have a well-rounded list going! If you want to support these devs even before the game is out, make sure to follow them on Twitter, wishlist their games on Steam, or spread the word about these!

Risk of Rain 2: Survivors of the Void

Hopoo Games’ Risk of Rain 2 is getting a new expansion this year coming out on March 1st! The expansion titled “Survivors of the Void” will feature new environments, enemies, two (?) new survivors, more lore on the void, more items, a new mode and even a new class of items titled “Void Items” that consume existing items corrupting them and giving you unique effects! You may know that I love this game and this studio way too much anyhow, so it’s not hard to imagine that I might just grab this on Day 1 and play the heck out of it! I’m looking forward to checking out the Sni- uh, Railgunner… and it’s going to be interesting to see how the consumable passive items, as well as the new corrupted items, change the way you play characters. On top of that, the new Aphelion Sanctuary reminds me slightly of the second-last area in Risk of Rain 1, so I’m looking forward to seeing if it will harbour any secrets and new features akin to RoR2’s predecessor. On top of that, there will be a “pungent odour” in the Sulfur Pools and “accidental ice skating” in the Siphoned Forest, so I’m looking forward to seeing poison-themed and ice-themed stages added into the game! I’ll talk more about the expansion in another post but I’m incredibly excited about this release and can’t wait to play the first-ever expansion for RoR2!

Beacon Pines by Hiding Spot has been a game that I’ve looked forward to for ages now! In February of last year, I first stepped into the adorable yet mysterious and eery world of Beacon Pines that seems so welcoming at first but later revealed itself to haven dark secrets that shall not be uncovered with its Sci-Fi Thriller twist to it. The branching Choose-Your-Own-Adventure style story had me fascinated and I found that the option to always turn back time and try out something else was fascinating and executed very well! I even interviewed Matt Meyer from Hiding Spot in May! If you’re interested in hearing more interesting questions about the game’s development as well as how it evolved from a rhythm-based RPG to this intriguing story-driven Adventure, check that out!

Citizen Sleeper is developed by Jump Over The Age – the dev behind In Other Waters! In Citizen Sleeper, you’ll roleplay in the ruins of interplanetary capitalism and live the life of an escaped worker, washed-up on a lawless station at the edge of an interstellar society! I’m looking forward to this one because JOTA proved before that they have a knick for immersive game design and I can’t wait to explore the “Erlin’s Eye”, an abandoned station on the edge of a system in crisis. This role-playing game is inspired by tabletop games and is all “about surviving in precarious conditions, about gig-work, and living in a body that sometimes feels antagonistic to you. It’s also about hope, support and building a life”, as Gareth Damian Martin states on Twitter.

Slimer Rancher 2 is the much-awaited sequel of the smash-hit original developed by Monomi Park. Continue the adventures of Beatrix LeBeau as she journeys across the Slime Sea to Rainbow Island, a land brimming with ancient technology, unknown natural resources, and an avalanche of new slimes to discover. I’ve been playing a lot of Slime Rancher lately and I’m frankly loving it! It’s fun and relaxing on top of being incredibly adorable. The exploration is done incredibly well in this game and you have a lot to discover. I can’t wait to see how Slime Rancher 2 is gonna improve on that and what the new slimes have to offer, what food they eat, and how adorable they get once cross-bred!

Venba is a narrative cooking game where you play as an Indian mom who immigrates to Canada with her family in the 1980s. It’s interesting to see “narrative” and “cooking” in the same sentence, but I’m sure that the people at Visai Games will have figured out an interesting way to let the food do the talking. I mean, love goes through the stomach, right? The stylized visuals look stunning but I also love cooking in games (and in real life) in general, so I’m looking forward to seeing how that’s executed! On top of that, you’ll cook various dishes, restore lost recipes, hold branching conversations, and you’ll explore the store as you dive deeper into topics such as family, love, loss, and more. I can’t wait to experience it myself!

Cult of the Lamb

As I wrote previously, I’m incredibly excited for Cult of the Lamb! Cult of the Lamb is an Action-Roguelike meets Base Building game developed by Massive Monster. In this one, you go from sacrificial lamb to cult leader when a ritual goes wrong and now you have to free your followers, take care of them, and kill the false shepherds! …or you don’t. You can be “good” or “evil”. You can take care of your cute adorers or you perform dark rituals to grow more powerful. The art style looks incredibly adorable which contrasts the mature and dark topics quite well. The soundtrack also is amazing already and I’m looking forward to purchasing that separately as well! What’s more, is that I’m a sucker for Action-Roguelikes and I can’t wait to see how the Cult-Powers will influence the 2.5D combat mechanics. Combat seems to be rather fluid judging from gameplay trailers, and as I love the strategic/base-building aspects of games like Overlord and Dungeon Keeper, I can’t wait to see how this one will turn out!

We come to the end of this post and as it’s already pretty long, I figured I should just mention these few here as well without going into too much detail. Sifu is already out and it’s a Sleeping Dogs style fighting game that just launched on Epic Games. I figured it’d be worth mentioning since I was quite excited about it but with my current funds, I doubt I’ll be able to afford this and Survivors of the Void, and I’d rather bet on my old horse than to try and get good at a fighting game. Still, I do want to play (and review) it eventually! I just gotta wait for a sale or another opportunity in the future! Terra Nil is a puzzle game about restoring a planet and we did play the extensive demo a while back. It was honestly quite lovely and if you wanna know more about my thoughts on it, make sure to check that post out! ANNO: Mutationem is a Cyberpunk Action-Adventure game that blends pixelated 2D and 3D graphics, which is pretty interesting. The style looks great and it felt lovely when I played the demo. It also appeared in last year’s post for Indie Games to wishlist now – and this year it will probably come out! Stray also was featured in the “Indie Games to wishlist now” post and sadly it didn’t come out last year… but 2022 will be the year! Probably! I’m seriously so excited to play as a cat… in a cyberpunk environment… Furthermore, it’s published by Annapurna Interactive, which is a bit of a seal of quality, in my opinion – with one exception, I guess. Last but certainly not least, Card Shark is an amazing Action-Adventure with stylized visuals that just look breath-taking! This adventure game is full of cunning, intrigue and delectable deceit – set in 18th-century French society! You have to cheat your adversaries out of their money using false shuffles, deck switching, false deals, card marking, and many other tricks that you may have up your sleeve and I can’t wait to see this one in action.

This brings us to the end of the post! I probably missed a few wonderful games that may come out this year but frankly, there is just so much creativity and innovation in the genre right now,… it happens. If you have any recommendations for other games to check out in 2022, make sure to shoot me a message or comment below! Hope you enjoyed this one and found some gems to wishlist and get hyped for!

4 thoughts on “My Most Anticipated Indie Games for 2022!”